back to TVhobo home   ∞   index of hobo grid

The images are graphs showing the results of my algo tester on some profitable algos across a 15 year period of data. 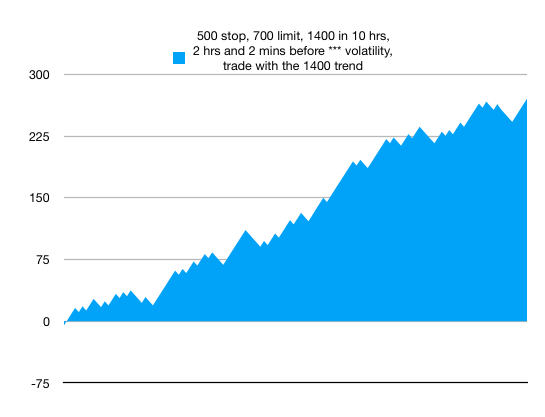 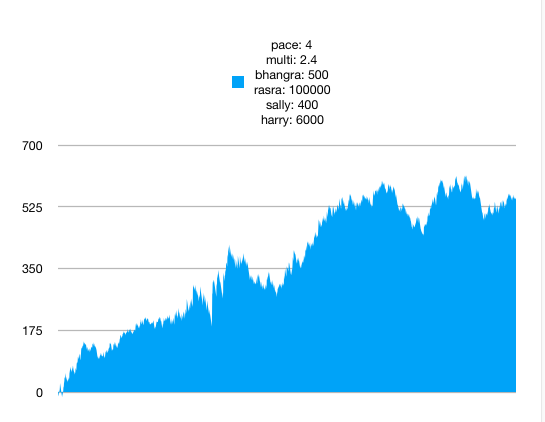 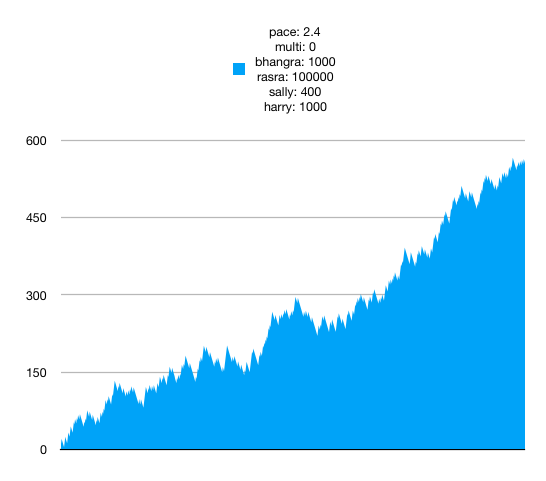 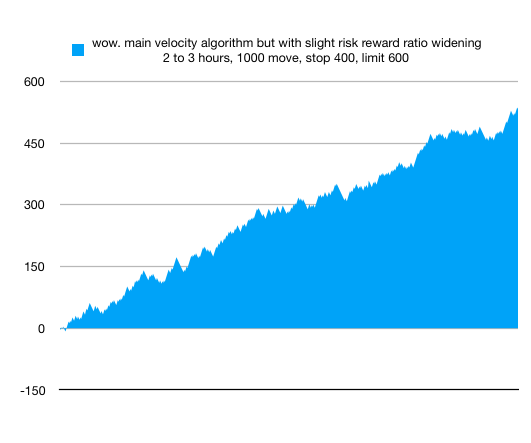 3. initially software seemed to disprove all my initial ideas although much later that initial assessment turned out to be wrong

4. in 2018 however the first 'definitely working' algos were found using 15 years of tick data on eurusd

6. using a similar trigger to those, a velocity trigger, i then found 'jerome k jerome' - a way to make good money in boom periods on the ftse, from individual stocks

7. further work led to a new process for eurusd, using the same basis - ie velocity trigger (if it moves fast, go that way, that's the underlying principle) and created the lovejoy algo, daily and weekly

8. all these algos had one major flaw, still, that you probably couldn't guarantee profit in a given year, only over many years

9.then came algo 22 and its era.. the champion algo, similar downside but another good one, ie no doubt you could go for more than a year without profit - the quest for instamoney still far from being solved at that point, after so many years, and so much discovery

10. from this, the double helix algo, two algos, carbon 12 and carbon 14, modelled on algo 22 but rather than letting trades run on and on indefinitely, locking in profit, you dump it after about 24 hrs if it's still open - running the two together, centred on different sides of the planet, causes 'destructive interference' so on the whole you constantly wipe loss out at the cost of slightly lower profits at other times potentially - meaning that you are not likely to go long periods, eg a year, without profit, but of course a brilliant mathematician would surely tell us that these odds will not be 100% consistent, sooner or later you'll still get bad periods, it's all still probability and wiping each other out like that, the two waves, is by no means any more guaranteed, in the much longer run, than the unhedged single stream of trades - so it's good, but not the best

11. the best thing - derived from "the minute book algo" which preceded the 2018 software and which I imagined I had disproved with the initial approximate software for testing, but had not indeed done that, and which 2022 software and hyper-precise testing went on to prove - the current algo, known as auryn the algo, is a version of the original algo I had which worked, the very first, but which operates about 5 to 10 times as rapidly, in relation to perceived 'linear spacetime', as that original 'minute book' algo long ago, found in the rough, by hand, by live action trading on my part, for many many months. To learn how to use auryn the algo you need a lot more than the 'simple' rules of engagement. And so I can only train an individual one to one, in person, over a long time, if they have what it takes, and it's hard - you have to be capable of intellectual honesty as a norm, as your constant state of mind, in the face of any emotional shock or anything else, related or unrelated to what you're doing.

go to 63.tvhobo.com for much more precise explanations of this preliminary reading material the public is welcome to study, but it is not trading advice, just research material to help you become informed about the lay of the land